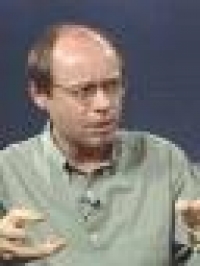 My primary interests involve human evolution in all its dimensions. My research emphasizes fieldwork designed to acquire new data on early hominid skeletal biology, environmental context, and behavior. I have worked on hominids spanning the Pliocene and Pleistocene, from phylogenetic and functional perspectives. In parallel with this research, but in a more behavioral realm, I have investigated bone modification in the Pleistocene of the Old World and in the Holocene Southwest United States. Research underway includes fieldwork in Ethiopia and Turkey, and laboratory studies in both countries and in Berkeley.

The Laboratory for Human Evolutionary Studies, established by F.C. Howell, is an international center for research and training. The NSF-HOMINID program project "Researching Hominid Origins Initiative" was based in this laboratory. Former graduate students have done fieldwork and/or laboratory studies in China, France, Tanzania, Malawi, Kenya, Jordan, Turkey, and Ethiopia. Current undergraduate and graduate students as well as postdocs are studying vertebrate (including hominid) paleontology and human osteology.