Comparative Anthropogeny: From Molecules to Societies 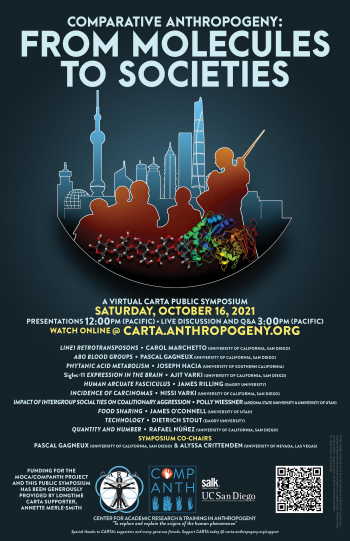 Summary:
This symposium addressed several important distinctly human characteristics that ranged from molecules, to metabolism, anatomy, disease, and behavior. Goals included transdisciplinary interactions, improved self-understanding, promotion of ethically sound studies to explain known differences, and the generation of new, potentially unexplored, insights on uniquely-human specializations. Given the interest in understanding our evolution, this symposium also helped to organize how and in what sequence distinctly human physical, mental, social, and cultural features evolved. Such understanding may help explain the origin of our species and how it came to now directly shape the planet, giving rise to the Anthropocene (a proposed geological epoch distinguished by human influence on climate and the environment). 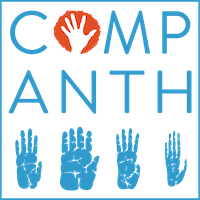 Principal funding for the MOCA/CompAnth project and this public symposium has been generously provided by CARTA Major Sponsor Annette Merle-Smith. Additional support provided by CARTA Patrons Ingrid Benirschke-Perkins and Gordon Perkins, Eli Shefter and Elizabeth Lancaster (in honor of Pascal Gagneux); as well as by CARTA Friends Kathlyn Furr, John Sterling, Donald and Caroline Stewart, and many generous CARTA supporters like you!

Media for each talk can be played by clicking on icons in the table below, or by clicking on the individual talk titles below and then the attachment file at the bottom of the page.

If you enjoy this event, please consider supporting CARTA's quest to explore and explain the human phenomenon.