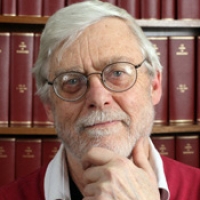 Jon Kaas is Distinguished Centennial Professor of Psychology, and Gertrude Conaway Chair at Vanderbilt University. He is a member of the Center for Molecular Neuroscience and the Vision Research Center at Vanderbilt. He is a member of the International Neuropsychology Symposium and a Fellow of the AAAS. He has received a Javits Neuroscience Investigator Award, a Cajal Club Cortical Discoverer Award, an Earl Sutherland Prize for Achievement in Research, and an American Psychological Association Distinguished Scientific Contribution Award, elected to the National Academy of Sciences in 2000 and the American Academy of Arts and Sciences in 2001. Major research interests include comparative studies of forebrain organization of mammals, especially primates, brain evolution, and the plasticity of developing and mature sensory and motor systems in primates.