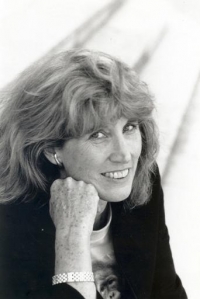 Sarah B. Hrdy professor emerita at the University of California, Davis and Associate in the Peabody Museum of Archeology and Ethnology at Harvard. A former Guggenheim fellow, she has been elected to the National Academy of Sciences, the American Academy of Arts and Sciences, the California Academy of Sciences and the American Philosophical Society. She is the author of five books including The Black-man of Zinacantan: A Central American Legend (1972); The Langurs of Abu: Female and Male Strategies of Reproduction (1977) the first book to examine the reproductive strategies of nonhuman primates from the perspective of both sexes; The Woman that Never Evolved (1981, new edition 1999) selected by the New York Times as one of the Notable Books of the Year; and Mother Nature: A History of Mothers, Infants and Natural Selection (1999), which won the Howells Prize for Outstanding Contribution to Biological Anthropology and was chosen by both Publisher’s Weekly and Library Journal as one of the “Best Books of 1999", and Mothers and Others (Belknap Press of Harvard, spring 2009), a book about the role of alloparental care and provisioning of young (cooperative breeding) in the emergence of "emotionally modern" humans. She is also co-editor of Infanticide: Comparative and Evolutionary Perspectives, selected by Choice as one of the "Outstanding Academic Books" for 1984, and co-editor with Sue Carter and others of Attachment and Bonding: A new Synthesis (2005). For many years she edited the Foundations of Human Behavior series from 1985-96 and continues to serve on editorial boards for Evolutionary Anthropology and Human Nature. She lives with her husband Dan, a retired medical professor and currently a walnut grower, on their farm in northern California.